Welcome to the worlds of the Archaeological Tales, where science, storytelling and music narrate and revive stories of a distant past.

THE SECRET OF ZEPHYRUS

The Secret of Zephyrus takes place in the ancient city of Philippoi, one of the most important ancient cities of Eastern Macedonia. Two siblings, Zephyrus and Alkmene, grow up in the streets of the market and wonder through the public and private buildings, the temples and the theatre of Philippoi.

THE PROMISE OF THE WHITE GODDESS

Enemies, who emerge from the fumes of Messene’s enraged land, define the fate of a scribe and his daughter as well as of a brave warrior and his gifted son.

THE JOURNAL OF THE STARS

The Journal of the Stars unravels the mystery of one of the most famous ancient shipwrecks, the shipwreck of Antikythera and its invaluable cargo, containing the most sophisticated mechanism of the ancient world, the Antikythera Mechanism.

THE DREAM OF NIKIAS AND MELITE

This archaeological tale is based on the “Pythia”, or otherwise the contests that begun to be organized at Delphi in the 6th century B.C. and were repeated every four years, without ever coinciding with the year of the Olympic games.

This archeological tale takes place on the island of Naxos. Ιt describes the Mycenaean city of Grotta, which flourished around 1400-1200 B.C. A big part of the city remains nowadays under the sea but strong maritime currents make almost impossible any archaeological excavation.

On the spring of 1.200 B.C. a great symposium at Nestor’s Palace in Pylos narrates the story of a brave warrior and a priestess. This archaeological story was inspired by two fresco fragments, found at the palace of Nestor in 1939.

THE VOICE OF DREAMS

A dream leads the steps of the patient Apellas from Asia Minor’s distant Idriada to the Asklepeion of Epidaurus to heal, reviving at the same time one of the greatest sanatoriums of antiquity through a story written on a stele.

THE SPINNING TOPS OF TIME

Small spinning tops become the means for a girl to travel in time, as she searches for her precious friend, and get acquainted with ancient Greek toys, some of which are still carved on contemporary Greeks’ childhood.

Dr. Evy Papadopoulou is an archaeologist, with a PhD on Prehistoric Archaeology from the University of Ioannina, Greece. From 1996 onwards she has been an active member at excavations in Patras, Olynthus of Halkidiki, Dodoni, Ithaca and Jordan.

She wishes to enhance cultural storytelling through the Archaeological Tales with ultimate aim the transmission of the archaeological knowledge and the Ancient Greek Civilization to the public.

The acquaintance of the public worldwide with the different eras of the Ancient Greek Civilization.
The Archaeological Tales were created with the aim to revive Antiquity through Storytelling

The Αrchaeological Τales were created in 2013 by Archaeologist, Dr. Evy Papadopoulou. The ultimate aim of the Archaeological Tales, which are original stories based on true archaeological sites and finds, is the acquaintance of the public worldwide with the different eras of the ancient Greek civilization.

Scientific knowledge, in collaboration with fellow archaeologists, universities and other institutions, is offered in a unique and at the same time familiar way as we are all inclined to tell, hear and share stories.

Through storytelling, often accompanied by live music, these tales aim to revive the stories of people who, in the past, built cities, made families, fought, loved, danced, carved, painted and praised life, highlighting a path of common networks that could unite the antiquities of one or more countries, educating people of all ages to understand and embrace their cultural heritage, their identity and their future.

From 2015 in public and private schools

25 February 2016, Washington DC, USA
On the 25th of February 2016, “Kymothoi’s Journey” and “The Dream of Nikias and Melite” were presented at the U.S. Capitol, in the presence of Congresswoman Carolyn B.Maloney and other Members of the Congress.

24 & 26 February 2016, Washington DC
On the 24th and the 26th of February 2016, “Kymothoi’s Journey” and “The Dream of Nikias and Melite” were presented at the National Gallery of Art of Washington DC, in conjunction with the exhibition “Power and Pathos: Bronze Sculpture of the Hellenistic World”

B&M Theocharakis Foundation for The Fine Arts and Music

19 June 2015, Athens
On the 19th of June 2015, “Kymothoi’s Journey” was presented at the School Life and Education Museum in Athens, Greece.

Dr. Nikos Xanthoulis served as principal trumpet player in the Orchestra of the Greek National Opera for 25 years. From 2009 to 2012 he was the Head of the Educational Department of the same Opera. As a soloist and composer has presented his music in Greece and abroad (USA, Canada, China, Russia, Sweden, Italy, Bulgaria, Turkey etc). He is Assistant Researcher in the Academy of Athens and Tutor in the Greek Open University. His four children’s operas have been presented in many Greek theaters. He has written incidental music for tragedies using reconstructed ancient Greek instruments. The Archaeological Institute of America awarded him with the Kress lectureship for 2012-13 and 2017-2018. From 2014 to 2015 he served as Artistic Director of the Greek Public Broadcasting Orchestras and Choirs.
Nikos Xanthoulis 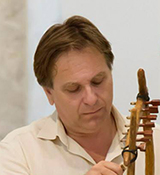 Katerina Veroutsou is a professional illustrator currently working in Greece, and has published over 150 titles in children’s picture books, fiction and non-fiction, for prominent publishing houses in Greece. She has studied Fine Arts at the Concordia University of Montreal in Canada and has also worked as a professional paint artist for television and theatre productions. She has received the Greek National Award for Illustration for the year 2009.
Katerina Veroutsou

Renia Metallinou is an illustrator from Greece, living in a small house by the sea, a few miles away from Athens, with her husband, their kids and lots of pets. She studied graphic design and worked as a graphic designer for major magazines and newspapers for a decade, before taking the plunge to follow her dream career as an illustrator. Since 2014 she’s been working as a full time freelance illustrator, creating books for publishers in Greece and abroad. Her work combines traditional and digital media. In 2017 she was shortlisted for the World Illustration Awards in the children’s book category.
Renia Metallinou 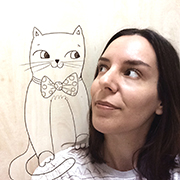 Yanis Bitsakis got his BSc in Physics at the Faculty of Physics of Athens University, and a MSc in History of Science and Technology from the joint program at the University of Athens and the National Technical University of Athens. He is currently completing a PhD thesis on “The history of the Antikythera Mechanism and its educational implications”. He joined the Antikythera Mechanism Research Project in 2005, as coordinator of the logistics of the data gathering phase and subsequently, as coordinator of the research on the inscriptions. He is now involved in educational and public understanding in relation to the Antikythera Mechanism, organizing conferences, lectures and exhibitions, developing and maintaining the website of the research project. He is a member of the History, Philosophy and Didactics of Science and Technology Programme, a founding member of the Hellenic Society of History, Philosophy and Didactics of Science, member of the Association of Ancient Greek Technology Studies and of the International Council of Museums.
Yanis Bitsakis 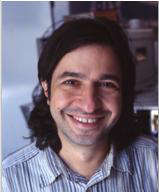 Yanna Deliyanni was born in Athens. She studied Cinematography at the School of Film and Television Studies Eugenia Hatzikou from which she obtained the National Diploma in Directing. She is the founder of CiNEMATHESIS and aspires to put the cinema at the core of Education. She organizes and gives life to Educational Programmes for children of all ages, educational Cinema Clubs, narrations and activities on Educational Theatre. All these are achieved by cooperating with public and private institutions. Along with cinematography, she studied Arts & Sciences at Deree College and obtained the Bachelor of Science in Business Administration. She has also attended Training Courses for Educators focusing on ‘Cinema in Education’ at THE BRITISH FILM INSTITUTE (BFI) & INTO FILM in London. In the theatre, she cooperated for 15 years with Porta Theatre as Assistant Director, Production Manager of theatrical performances, Stage Director and Students Coordinator in school performances. She is also partner to the English Theatre Club and other theatre companies. In 2004, she participated as Assistant Director in the “Athens 2004” Olympic Games Closing Ceremony, under the direction of Thomas Moshopoulos.
Yanna Deliyanni 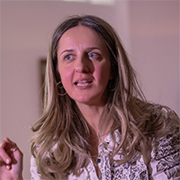 Βorn in Greece in 1962, the artist and illustrator Photini Stephanidi – daughter of the painter Yannis Stephanidis – completed her studies in painting and fresco at the Athens School of Fine Arts in 1986, where her teachers included painters of international repute such as Giannis Moralis, Dimitris Mytaras and Constantine Xinopoulos. Since 1988 she has exhibited her work in twenty individual and many group and international exhibitions of painting, engraving and illustration both in Greece and abroad. Her pictures have featured in about a hundred of published works, including editions of Greek folk tales, literature and poetry, and she has made a speciality of collectors’ editions. Notable among the many prizes and distinctions her work has gained are the Bratislava Illustrators’ Biennale Plaque (2001), the Greek State Prize for Illustration (2003, 2007 and 2011), the Belgrade Illustrators’ Biennale ‘Golden Pen’ (2005 and 2013) and ‘Plaquette’ (2010), the first prize for illustrations from the Greek Section of IBBY (1995, 2005 and 2011), EBGE prize and mention 2007 and 2013, her selection as the Hellenic Republic’s candidate for the 2004 Hans Christian Andersen Prize, and for the 2008 Astrid Lindgren Memorial Awards.
Photini Stefanidi 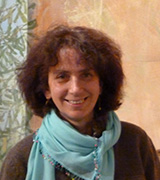